White smoke when startup - White smoke coming out of the exhaust engine can signal a serious problem with the vehicle except the 2-stroke engine. This is because the two stroke engine have back up oil which normally enters the fuel chamber to lubricate the piston.

While on the 4 stroke engine, this certainly should not happen because the piston lubrication process is done from the bottom. Whether on a motorcycle or a car, these white smoke symptoms are equally caused by the presence of oil in the combustion chamber.

Supposedly, the engine combustion process on the 4-stroke engineconsists only of fuel, air and fire. If there is an additional form of oil, then the substance contained in the oil will caused white smoke when burned in the combustion chamber. This symptoms can appear when startup or accelerating

So, what causes oil entering the combustion chamber? 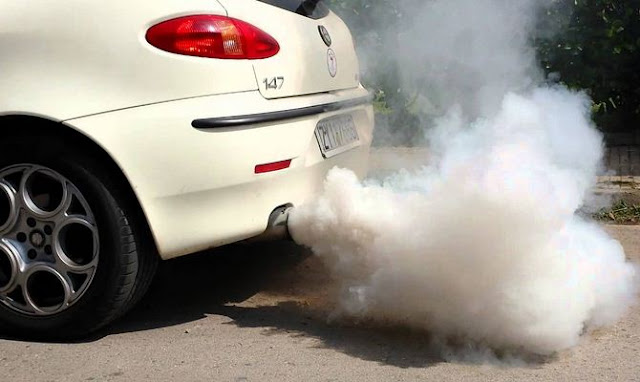 There are several things that cause the oil entering combustion chamber, and burn that produce white smoke. But this is not only due to cylinder block wear, as there are many other components related to engine oil like.

But, the valve mechanism is driven by a series of camshafts located inside the cylinder head. because the mechanism contains a lot of friction then engine oil also lubricates this section. On the other hand, the oil should not enter the intake of the manifold because it can make the oil entering the combustion room. That's why there is a valve stem to avoid it.

But it's different when the seal is brittle or cracked. Oil can enter easily when the valve moves up and down. Entrance of oil into the intake channel will make the oil enter the fuel chamber during the suction process, so it will burn.

2. The cylinder head gasket is broken

The main function of the cylinder head gasket is to close the connections between the two components of the engine block and the cylinder head which are both made of metal. This density is used to avoid leakage of compression and mixing of oil and engine coolant.

This is because the waterjacket and oil feed extends from the cylinder head to engine block. but if there is a crack path on the gasket, it will cause oil out of oil feed follow the crack path. And if the crack is leads in the combustion chamber, automaticly oil always drips the combustion room and causes white smoke.

The PCV channel snaps from the crank chamber to the air duct, but since the crank chamber is also filled with oil then it is inserted a separator which prevents liquid oil from entering PCV so that only oil vapor enters PCV. But many cases where this separator is damaged.

Of course if this channel breaks down it will make the oil potentially rise to the PCV channel and out into the air ducts connected into the intake manifold. 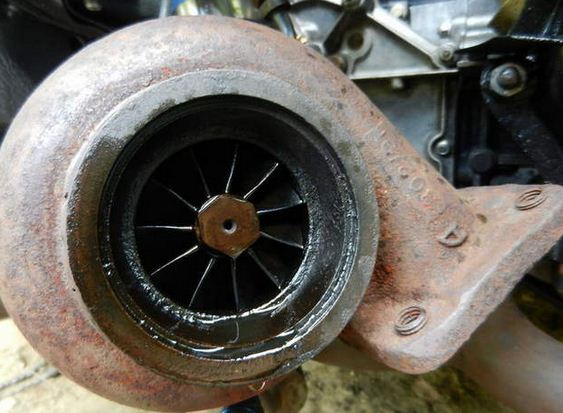 Originally turbo component is only placed on diesel engines, because according to the character that has a high compression then the turbobecoming very useful engine compartment. But for now, there are many turbo gasoline engines. That's because the compression ratio of the latest gasoline engine is also high, so the air supply must be maximized.

Turbo works like an air compressor, which pumps air from the outside into the intake manifold. The turbo power source comes from the engine exhaust thrust, this will drive the turbine to spin. Because it deals with heat and friction, the turbo also has a cooling and lubrication circuit.

If the oil exits to the exhaust, the oil will be burned by the heat of the engine exhaust gas in the catalytic converter. So the smoke produced is white, if the oil is out to the intake then the oil will enter the combustion room and come burned during the power stroke that produces white smoke.

The last cause is arguably the main source of trouble with white smoke symptoms. In this condition, the oil can enter into the combustion chamber through the piston ring gap when the engine is operating. This can be due to two things ;


Then, How to solve or fix this white smoke problem ? 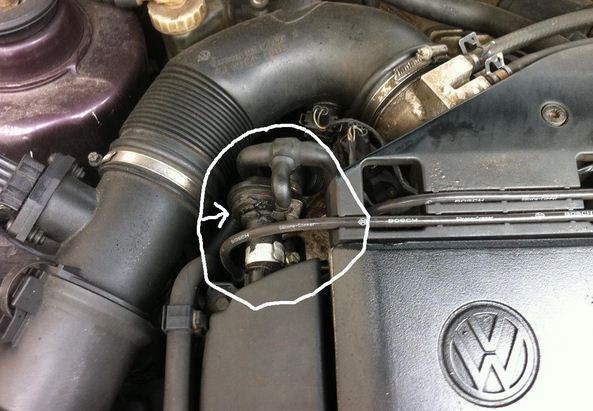 So complete and super clear article to answer the question "why my car have white smoke from exhaust ?” hopefully can be useful for all of us and can add automotive insight for all of us.
« Prev Post
Next Post »