Head Cylinder Assembly - cylinder head is one of the engine components located the top of cylinder block. It has many functions, among others; 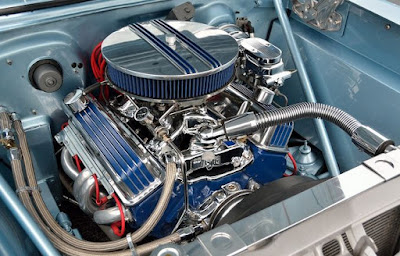 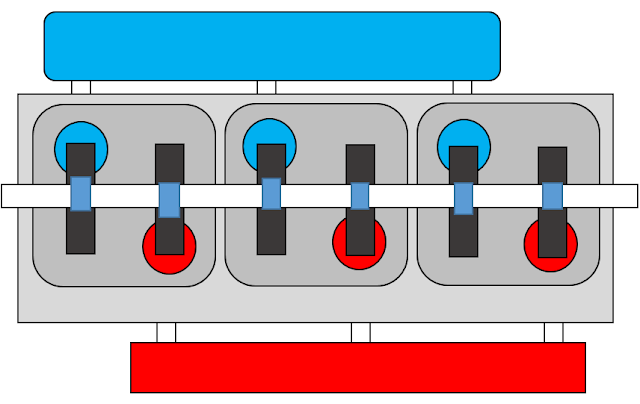 The function of the camshaft is to push the valve open. As the name implies, the camshaft obtained from the iron shaft that has a cam along the shaft. This cam, made in certain circumstances so that when the camshaft rotates, the cam can press the valve with appropriate timming.

On a engine there is a camshaft, it can make the engine work well. But, the engines on the recent car are equipped with DOHC system, this system has two camshafts to serve four valve each cylinder.

The valve can be called a door between the combustion chamber and the outside air. That's due to the function of the valve is as a place of exit material like a gate.

on a 4-stroke engine, there must be at least two valve that use to handle suction and discard. While on the DOHC system, using double valves. That is, each cylinder has two intake valves and two exhaust valves. DOHC system is used as a refinement of air in order to enter more smoothly.

If you see, the diameter beetwen intake and the exhaust valve are different. Why is that? the reason, so the air can enter maximally when intake stroke. This diameter difference is widely applied to SOHC. 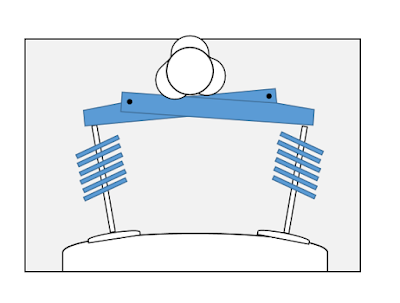 In addition, the spring use to recover the valve position after pressed. When the camshaft pressing the valve, the gap is open. If there is no spring, it will be always open and this could cause a leak.

These two parts influence each other. The valve lifter is shaped like a layer that covers the top of valve rod. its made from aluminum metal that has a small friction style. That's due to friction will occur on the surface of this lifter with the camshaft, if the material of lifter is rude, it will cause great loss of energy. Valve lifter is used to protect the valve stem from friction camshaft.

While the rocker arm, also has the same function that is as a valve stem suppressor. However, the shape of a rocker arm is like a lever that rests on the cylinder head and its valves.

In the latest generation engine, valve lifter is gone. Instead, the rocker arm will be straightforward as a fulcrum. However, there are roller bearings that can replace the force due to this friction.

We all know the function of spark plug, it will sparking fire from electricity. Inside the combustion chamber, the spark plug position should be at the top point so that the resultant energy can push the piston directly. So, engine can be more efficient.

That's the reason why the spark plug located in cylinder head and not on the cylinder block.

Different types of engine, the different ignition methode too. Diesel engines do not need spark plugs, just with the injector that directly leads to the combustion chamber. Both indirect or direct injection, the injector is always placed on the cylinder head.

Intake manifold is a tubular part that be a place for air to entry from the air induction system. The form of Intake manifold are vary, there are also some standards that are designed bubble.

Bubble design aims to make the air can be more leverage during air intake process. Such a design will cause turbulence effects so that the air inside the intake will move at the same direction of piston suction. This will make the piston suction step becomes lighter.

In the intake manifold also attached some additional components such as EVAP Solenoid Valve (Charcoal Canister) and EGR valves on diesel engines.

Another configuration is type 4-1 which has 4 pipes directly united into one pipe, so there are only two levels. This type is widely used in turbo diesel engines, and this configuration also does not take many places.

In commonrail diesel engines, the injection pump component is located at the end of the camshaft on the cylinder head. The function of its pump is to increase the pressure of diesel fuel for the combustion step.

Vacuum pumps actually go into the brake booster component that serves to lighten the braking power. The power used to relieve this brake pressure is a vacuum from within the intake. But since the diesel engine has a small vacuum, then this should be moved to a vacuum pump.
« Prev Post
Next Post »