Electronic ignition system is one type of vehicle ignition that uses a transistor to decide the current of ignition coil. We know that the transistor is an electronic component that can function as an electronic switch, so it will bring more advantages efficiently.

However, this electronic ignition still requires a distributor component as a current divider of the coil. For ignition systems that have no distributors, known as DLI or distributor less ignition.

In addition, the deficiency in the ignition system of this transistor is located in the circuit. Especially on the full type of transistor, because when it leads the electronics component would need higher knowledge.

Previously, we must know that the electronic ignition system itself has two types namely semi-transistor and full transistor. Both have the same circuit but there is little difference.

The semi-transistor ignition still uses a contact point or platinum, but its function is not as a primary circuit breaker but simply decides the base current on the transistor's basis. While to decide the primary current coil becomes the task of transistor.

The components of the semi-transistor ignition system consist of;


For the full transistor ignition type, there is no more breaker contact. Instead, a pickup coil is placed near the magnetic rotor that will generate AC current when the rotor rotates. This current is used to decide and connect the current from the base of the transistor.

Components in a full transistor ignition system consist of;

All electrical circuits definitely require a switch to enable and disable the system. In the ignition system, the ignition key acts as a switch for that function. 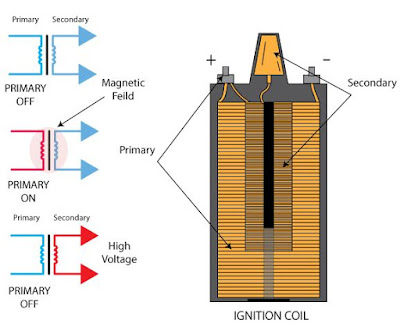 The function of ignition coil is to increase the battery voltage from 12 Volts to 20 KV quickly and briefly. Ignition coil using electromagnet induction method, the principle works like step-up transformator.

Where there are two coils, the secondary coil is made with a much bigger coil so that the rising voltage will be greater. To make this induction process run briefly but the result is big, coil uses current termination.

When the primary current is disconnected, the magnetic force line on the coil will move to the inside. The result of this rapid movement will encourage the induction of electric voltage quickly and greatly. 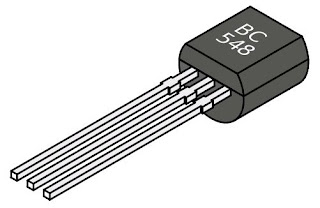 In the electronic ignition system is also the same, but the primary current termination is done by the transistor. For those of you who aren’t familiar, transistors are semi conductor components that can act as a conductor but can also function as an insulator.

If you understand about electromagnetic induction, then this is not an obstacle for you to understand it. Especially on the fully electronic ignition system, pulse igniter is placed inside the distributor.

There are two components to this pulse igniter, the rotor attached to the distributor shaft also has a permanent magnet, and pick up coil or coil placed near the rotor magnet.

When the rotor rotates, the magnetic force line present on the rotor. It will cut the pickup coil, so that the electrons move. But that's not what's needed, on the rotor we'll see the bulge. 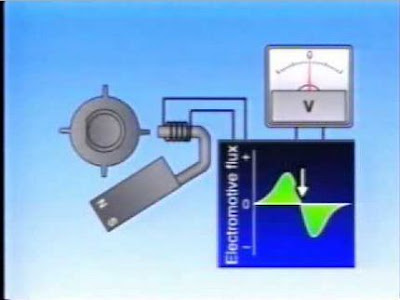 This bulge serves to change the air gap between the rotor and pick up coil. The result when the rotor rotates, then the bulge will give a larger intersection effect. So that if illustrated in a diagram will see wave effect.

This wave that will affect the strength of current in the base leg of the transistor.

The distributor function is as an output voltage divider from the ignition coil output. Electricity distributed to the distributor has gone through the induction process, so the voltage has reached 20 KV.

The spark plug cable serves to drain the high-voltage electricity that has already passed the induction process on the ignition coil. This spark plug cable has a fairly identical shape, with large diameter nearly 1 cm.

This large diameter is not without cause, although the resulting electric current is DC (DC) but with a voltage of up to 20 KV can make us electrocuted.

Spark plug is a component that serves to convert high-voltage electric current into sparks. It works by utilizing the gap between two conductor. The one is spark electrode that positively charged and the other is ground that negatively charged.

The nature of electricity is always heading to the nearest ground. In this case, the nearest ground is at the end of the spark plug with a distance of about 0.8 mm. Since the electric voltage reaches 20 KV then the current will be strong enough to jump over the gap. This form of springboard will be shaped like a spark that also has a burning character like fire.
« Prev Post
Next Post »