Therefore, as car enthusiasts, we must keep learning how the battery ignition system works because it is the basis.

In this article, we will focus on discussing the components of the battery ignition system and each function.

Basically, sparks on spark plugs occur as a result of electron jumps with very high voltages. so the source of energy, is electrical energy derived from vehicle batteries.

Ignition switch is a part to manually activate or deactivate the ignition system of the vehicle.

Called manually because we control it.

In the past, the ignition switch was still in mechanical form using plate connections. To activate it, we need to enter the vehicle key and turn it to the ON position.

But now, there is a keyless technology where we do not need to enter the vehicle key into the ignition switch. 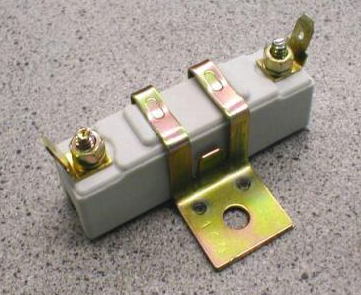 Is a resistor with a high resistance level, its function is to regulate the current that flow to the ignition coil.

What is the purpose?

In general, there are two objectives, to launch better starting system, and to avoid hot temperatures of ignition coil.

Because the ignition coil has smaller load than the starter motor load so naturally the electric current will flow more to the smaller load.

To avoid this, a high resistance resistor is placed to limit the amount of current entering the ignition coil, so that the starter motor can work stronger.

Therefore, the ballast resistor also serves to maintain the ignition coil temperature so that it is not too hot. 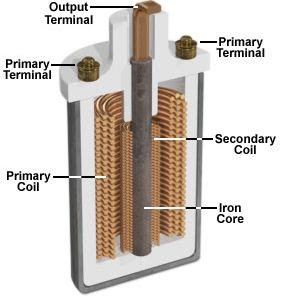 Is a step up transformer which function is to increase the voltage. The working principle of the ignition coil is also the same as a transformer that uses two coils with different number of turns.

Then how does electromagnetic induction take place?

When the magnetic field moves rapidly inside of the secondary coil, that's when electromagnetic induction occurs. 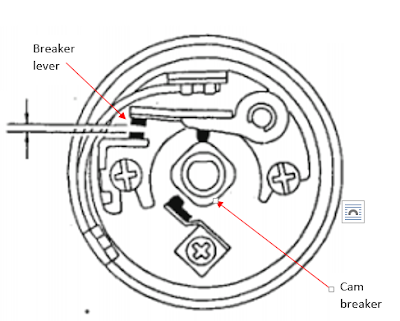 It is a mechanism to disconnecting and connecting current on the primary coil quickly and precisely.

In this mechanism there are three main components, namely cam breaker, arm breaker and breaker point.

The component for separating contact breakers is cam breakers. Cam breaker consists of cam which can bring up the breaker arm. When the breaker arm is raised, the contact will separated. Conversely, when the cam shifts, the contacts are connected again.

Although it is not a main part, capacitors greatly affect the performance of the ignition system. Because when there is a spark on the contact breaker, the primary current is not cut off so there is no induction in the ignition coil.

In fact, the breaker contact gap is so small that a spark could appear even though it is only 12 V.

To prevent this, the capacitor is located after the breaker point and before the ground. Capacitor is an electronic component that is able to store a little electricity and immediately release it when the current source is stop.

When the contact breaker is still connected, the capacitor will store current, when the breaker contact is broken the capacitor will release an electric current (discharge) so there is no potential difference in the two contacts.

That is why there is no spark. 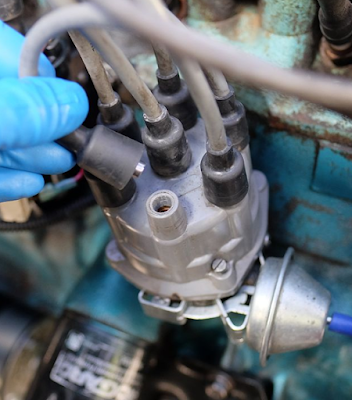 Is a component for distributing the ignition coil output (secondary coil) to each spark plug with the appropriate firing order.

You can only find distributors on engine that have more than one cylinder such as a car. While for single cylinder engines such as motorcycle, there are no distributors.

Spark plugs are components for converting electrical energy into sparks.

How did it happen?

The higher the potential difference, the stronger the electron's movement.

Actually the electron jump is not a fire, but just a flash of electricity. but also has a burning effect, so it can be used for combustion.

It is a special cable used to carry 20,000 V electrical energy from the ignition coil to the spark plug.

The diameter of this cable is quite large, sometimes when we touch the cable insulator, we can be electrocuted even though not dangerous. That shows how high the voltage of this spark plug wire.
« Prev Post
Next Post »