But how about two stroke and four stroke ?

Evidently, both diesel and petrol engine have 2 stroke and 4 stroke type. So what is the difference between both of them ? wich one is better ?

Difference Between 2 Stroke and 4 Stroke Engine 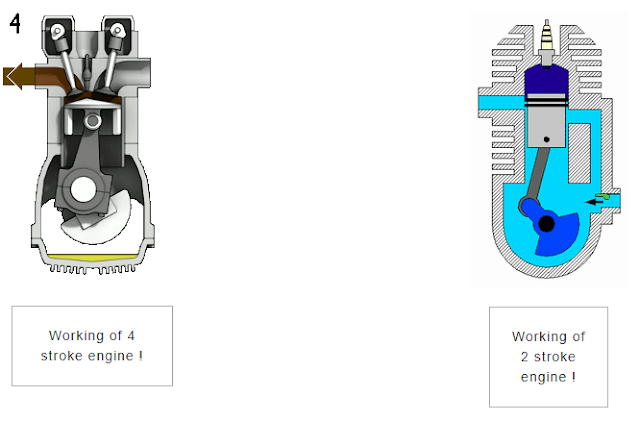 From all of the difference, there are 7  main difference ;

Both of these engines have different working principles. The two stroke engine only has 2 steps in one work cycle where each step requires half a crank rotation. So the principle of a two-stroke engine is producing combustion each crankshaft rotation (I cycle = 1 crank rotation)

Further more you can check this, 4 stroke engine diagram and working process


Nevertheless, both 2-stroke and 4-stroke have same working proccess (intake-compression-combustion-exhaust). In two stroke, there are 2 process in one step. While 4 stroke have one process each step.

As explained above, 2 stroke engine producing combustion in every crankshaft rotation. So, for example if engine work in 1,000 RPM, it will occur 1,000 times combustion in one minute.

While the 4 stroke engine, only produces combustion every two crank rotation. So that for example if the engine rotates at 1,000 RPM, there will only be 500 burning times in one minute. 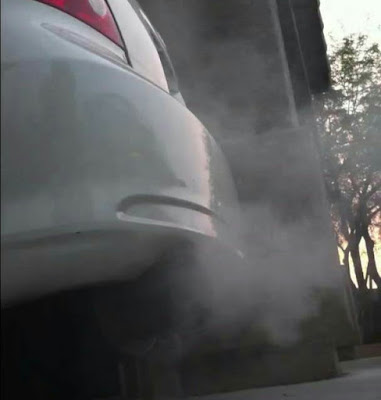 So that the emissions also still contain gasoline, this can certainly make the emission worse than the 4 stroke engine.

While on a 4 stroke engine, the steps are run regularly without overlapping. It make the combustion process take place more perfectly. So even though the amount of combustion is not as intense as the 2 stroke engine, but the power is still quite good and the emissions produced are only in the form of CO without containing gasoline. 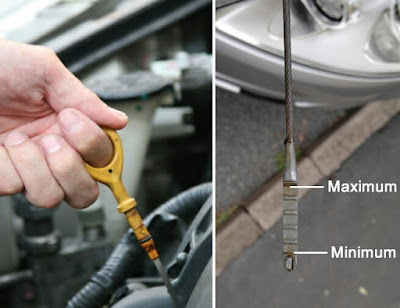 In a two stroke engine, we know side oil. This side oil is basically the same as other types of engine oil, but here the side oil will run out if the engine continues to turn on. The reason is because this oil is used to lubricate the movement of the piston through the combustion chamber. So, this oil has the potential to burn in the combustion chamber. That is why, the two stroke motorcycles release white smoke and the emissions are also worse.

For 4 stroke engines, it does not require lubricating side oil due to piston lubrication and all engine components will be supported by engine oil that is accommodated in the crankcase. Construction on four stroke engine does not allow oil to enter the combustion chamber. So, it can be said that a normal 4-stroke engine has a 0 liter oil consumption.

In terms of construction, 2 stroke engine has a very simple form and construction. This engine only consists of a cylinder block, cylinder head, piston & connecting rod, crankshaft, without a valve mechanism and timming chain.

While on a 4 stroke engine, it will be more complicated because there is a valve mechanism driven by a crankshaft through a chain.

As we discussed in the second point, that the two stroke engine produce 1,000 times combustion every minute if the engine speed is 1,000 RPM while the 4 stroke engine, with the same speed only produces 500 fires every minute.

That is why, the RPM of 4 stroke motorbikes is less stable in idle speed (can be felt from the sound).

If you ask wich one is better, we ca answer that four stroke engine is better on every side except in power. In nowdays, fuel economic vehicle is more needed than powerfull vehicle. More over, there are regulations that regulate engine emission. It make 2 stroke engine hard to pass, because this engine has worshe emissions.